– Author: Nguyen Trai is a talented military man, a poet with a massive writing career.

– Work: “Binh Ngo Dai Cao” title of the eloquent declaration of the nation written around the end of 1428..

– Humanity in Confucian thought: the relationship between people on the basis of love and morality.

+ New thought: for the sake of the people, eliminate violence (“remove tyranny”)

-> The idea of ​​humanity is not limited to Confucianism but is expanded. It is clear that we are just and the Ming invaders are unjust.

* The truth about national independence

-> Claiming independence is an indisputable truth.

-> Affirm the obvious existence of our country.

-> High sense of sovereignty and independence.

-> A stern warning about the end of the anti-truth.

b.2. Reflecting theory into practice

* Crimes of the Ming invaders:

– Invasion: trickery with the intention of robbing our country (“multiply”, “overwhelm”)

+ Destroying our environment, our ecological nature.

-> The image of the enemy is opposed to our people.

-> Grief for the people and indignation for the enemy.

* The people’s hatred of the enemy:

-> Compare the crime of the enemy to the infinity of nature.

– Rhetorical question: “How… can bear it?”

b.3. Evolution of the uprising

*The image of the hero Le Loi:

– The base of the uprising: “Lam Son mountain raises up the righteous”

– Deep hatred of the enemy: “Hate the enemy and swear not to live together”

– Great ideals, know how to judge talented people: “The heart to save the country…for the left side”

-> Le Loi appears both simple and has the personality of a hero.

+ Difficulty in military equipment as well as food.

+ The spirit of the army and the people: effort, determination.

– The stage of counterattack and victory: the enumeration method reproduces the hot fighting atmosphere and our crisp victory.

– The humiliating defeat of the enemy:

+ Art of exaggeration: “The body is full of internal organs, dirty for thousands of years”

– Humane behavior of our troops: “God does not kill… take a break”

– Declare the country at peace, opening a new era.

– The image of the future of the country: “Community from here… firmly”

-> Optimism about the cause of national construction.

– Content: The work affirms the independent truth of the nation and declares the establishment of a new dynasty on behalf of King Le.

– Art: the fox is cleverly used, skillfully combining the political and literary qualities, the method of enumeration, exaggeration, etc.

Affirming the value of the work “Binh Ngo Dai Cao” and the talent of Nguyen Trai.

Nguyen Trai was not only a talented military man, an important contributor to the establishment of the Le Dynasty, but he was also a poet with a massive career in composition. He left a good name for the world by the benevolent thoughts he conveyed in each of his works. Typical among them is “Binh Ngo Dai Cao” born in the spring of 1482, like an eloquent declaration of the nation. After the end of the resistance war against the invading Ming army, Nguyen Trai on behalf of King Le Loi drafted this report to declare the victory of our army and people. The title of the work means: an important report declaring the defeat of the Ngo invaders (the name implies contempt on behalf of the Minh invaders).

First of all, Nguyen Trai set the theoretical premise for his arguments. He went into the core affirmation of the ideology of humanity, taking the people as the root. If in Confucianism, benevolence is the relationship between people on the basis of love and morality, then to Nguyen Trai, he absorbed and expanded the scope of humanity to:

“The core of humanity is to rest in peace

The military is punished before worrying about eliminating violence”

Humanity is not just about making people happy (“peaceful people”) but also the elimination of tyranny, the destruction of those who make the people miserable (“except violence”). This is absolutely a firm affirmation of the nature of us and the enemy: we are just, the enemy is unjust. Thereby also expressing the declaration of state and sovereignty. Nguyen Trai has ingeniously presented a series of convincing evidences for the indisputable independent truth of the nation: having a long culture, having its own territory, having rich customs and a long history, … Along with that, the words “”before”, “for a long time”, “capital”, “divided” contribute to strengthening the obvious existence of our country. Nguyen Trai himself also has a high sense of sovereignty and independence when using the analogy of equality when comparing our Dai Viet dynasty and China’s dynasties. While the king of the North previously only called our king “Vuong” (the position of governing a small area), Nguyen Trai affirmed to call him “De” (the name of the king of a country). Just that one word, but it also shows the pride of a small country in terms of territory but not small in terms of national pride. The famous generals of the enemy are listed in turn, only adding bold warnings about the end of those who oppose the truth: Luu Cung failed, Trieu Tiet died, Toa Do was captured alive, … Thought of humanity making money title for a nation’s claim to sovereignty and that the lineage of Dragon and Fairy descendants was willing to give up everything to maintain that freedom and independence.

Reflecting on theory into practice, the image of our people writhing in pain under the shoes of the Ming invaders could not help but make people feel sad:

“Roasting the black people on a ferocious fire

Bury the red one in the pit of calamity.”

Heavy taxes are not clean

Many people, catch the black deer trap, where the hard work is located

Harms both insects and plants

Discard the whole profession of farming…

People were forced into the sea, their backs were searching for pearls, they were bored with sharks.

Those who are brought into the mountains, panning the sand for gold, woe to the deep forests and poisonous water.

Naughty children instead of wretched widows”

Nguyen Trai has exposed the deception and lies of the country robbers with the intention of invading our country (“multiply”, “excess”) but preaching deceitful morals. They exploited our people to the extreme: slaughtering innocent people, plundering resources, destroying the environment, etc. A brutal destruction that made heaven and earth indignant. Magnified image”Truc Nam Son does not write all the crime of Dong Hai water not washing all the smell” with the likeness of the enemy’s crimes against the infinity of nature, adding to the affirmation of the enemy’s indelible crime. It seemed that in their chest they were no longer the heart, the blood of a human, but a mass of iron without feeling. They are like bloodthirsty demons who always bared their fangs to claim the lives of good people. The rhetorical question that opens is also the time when people’s attitudes are indignant to the extreme:

“How can heaven and earth forgive?

Who said the people could stand it?

The millennial universe is not even willing to accept the evil hands of the enemy, the people!

As an inevitable result when the country overflowed, Lam Son uprising broke out, demanding peace for the country. The beginning is the image of the hero Le Loi “cloth”:

The wild place to take refuge”

Coming from a peasantry, carrying a deep hatred of the enemy, this talented and intelligent person single-mindedly carried out a noble ideal. Forgetting to eat, forget to sleep, even in dreams worry about the country’s failure. The sentences further deepen the will and determination for the great cause of a general who has both heart and talent, wholeheartedly for the great cause. The period of counterattack and victory is used by the author to enumerate to further emphasize the hot fighting atmosphere and our crisp victory. The opposite of that inevitable victory was the humiliating defeat of the enemy:

“Tran Tri, Son Tho heard a little but lost their souls,

Li An, Phuong Chinh held their breaths to escape.”

In the second stage, our army opened a campaign to the North. The enemy mobilized all his forces to entrench, we were determined to win. By exaggerating, Nguyen Trai made the reader have a deep impression of the fierceness of the battle, the humiliating defeat of the Ming invaders:

“Ningqiao’s blood flows into a river, suffocating for thousands of miles

Good Dong corpses are full of internal, dirty for thousands of years.

The enemy’s gospel: Tran Hiep had to hide his head.

The art of exaggeration (“The body is full of internal organs, dirty for thousands of years”) making readers have a deep impression of the fierceness of the battle as well as the defeat of the Ming invaders. With a heart of humanity for thousands of years, “Bring the righteous to defeat the cruel” then our army and people choose to behave humanely with the defeated bandits:

“God does not kill the body of heaven, I open the way to sacrifice,

Vuong Thong, Ma Ying, sent several thousand horses back to the country but still had a trembling heart.”

The people’s confidence after the great victory became stronger. Nguyen Trai, on behalf of King Le, announced to the whole world that the country was at peace, opening a new era of the nation – the era of independence and freedom:

“Society is sustainable from here on”

The tone is extremely generous, the image of the country’s future has never been brighter. The King of the people is optimistic about the cause of nation building. So in every country, under every roof, independence, freedom and peace have really returned. Finally, Nguyen Trai did not forget to send a message of sincere gratitude to our ancestors:

“Europe is also thanks to the ancestors of heaven and earth

The Holy Spirit has quietly helped”

Indeed, “Binh Ngo Dai Cao” is an epic piece of literature, with a billowing breath. The work is filled with will to affirm the truth of the independence of the nation and the declaration of the establishment of a new dynasty. Patriotism and correct military tactics made the enemy retreat in fear. Nguyen Trai, with his skillful pen, has skillfully manipulated the body, skillfully combining the political and literary qualities. The methods of enumeration and exaggeration are also thoroughly interwoven, creating wonderful artistic effects.

“Binh Ngo Dai Cao” is really an ancient epic. Thereby, Nguyen Trai clearly expressed his determination to protect the independence of the nation, affirming the patriotic tradition of thousands of generations. That spirit still echoes in the song by the river like Nguyet today:

However the natural pasteurized at a department.

We invite you to read the document Dissertation essay “Binh Ngo Dai Cao” the best and most emotional that the center has tried to compile. Hope this will be a useful resource for us. Do not copy to ensure progress in Literature! Please share this study guide widely with your friends! 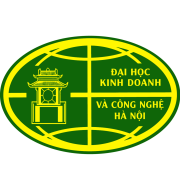